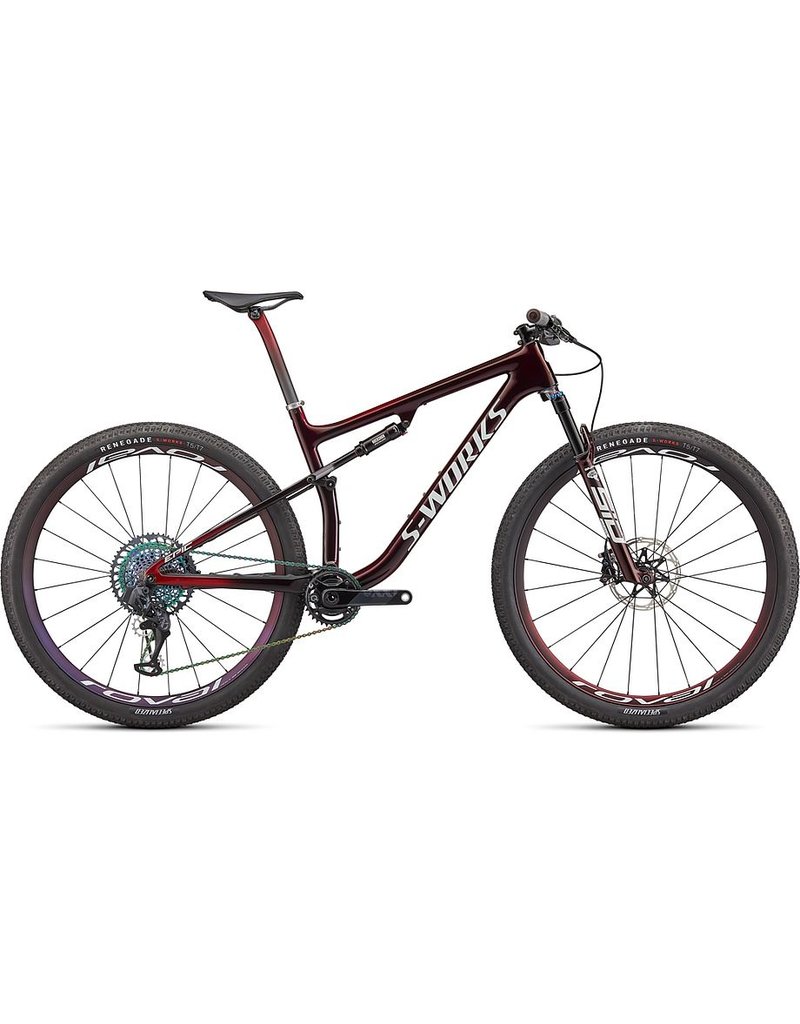 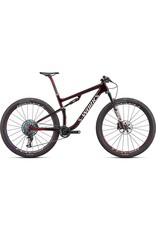 Darkness, Light, Speed—three elements so intertwined they cannot exist without the other. Nothing in the universe moves faster than light, but before and after is constant darkness. Inspired by this interplay and the futuristic landscapes our riders move through, the Speed of Light collection is equally intertwined—bikes and equipment existing together—to create our most stunning collection ever.

Hey you, yeah, you...the one with the scale out seeing which of the six identical tires on the shelf is the lightest. Sure, some might call you a bit obsessive, but no worries, here, the S-Works Epic is speaking exactly the same language. Countless design hours, endless test laps, terabytes of telemetry data—all of it to make sure not a single ounce of speed was left on the table.

Mixing hardtail efficiency and full-suspension capability to impressively quick results, the S-Works Epic has always been defined by obsessive commitment to speed. Well, that and over 100 World Cup wins and podiums too.

True to form, the latest Epic continues the tradition, taking advantage of the most efficient BRAIN suspension we’ve ever created to ensure it’s always on a first-name-basis with fast.

Re-engineered hand-in-hand with the new Epic, the latest BRAIN design resets the expectation for efficiency, employing a new race-tuned pedaling platform to ensure every watt possible is translated into forward motion, while handily soaking up momentum-killing chatter and big hits alike—all more smoothly than ever.

Redesigned with a focus on efficient power transfer and better handling performance, the S-Works Epic frame features a 15-percent stiffer rear triangle in order to take full advantage of the BRAIN’s new race-tuned pedaling platform. A dedicated layup schedule and the use of our top-shelf FACT 12m Carbon takes weight savings yet a step further than it’s stablemates, while the pièce de résistance comes in the form of a carbon fiber shock link, combining to shave a total of over 100 grams from the previous generation S-works frame—no easy task, mind you.

Pairing perfectly with the Brain rear shock for the most balanced suspension perfomance on an Epic yet, the S-Works' Position-Sensitive Brain fork benefits from RockShox’s svelte-yet-stiff SID SL Ultimate chassis, improving front-end stiffness and handling precision while keeping the grams at bay.

SRAM’s flagship XX1 Eagle AXS group certainly fits the bill when only the best will do, dispatching shifts with electronic authority while we tasked Roval with creating an entirely new Control SL rim that wouldn’t just be able to go toe-to-toe with the Epic’s newfound speed and handling performance, but add a bit of its own into the mix as well.

Add your review
0 stars based on 0 reviews